KBF members had several meetings, including a few with the children who are part of AAFSC's after-school program, where they continued to discuss and learn about the impact of the global refugee crisis and current discriminatory laws and policies in the US. KBF members also learned an Arab dance called the dabke, and learned to play the tabla.

Most KBF members are Brooklyn kids, and this year we are thrilled to support an organization right in our neighborhood which supports Arab American families right in Brooklyn. We will get to know the middle school kids who attend AAFSC's after-school program, we will learn about the issues AAFSC works on, and the money we raise will be earmarked specifically for AAFSC's work with kids and youth. 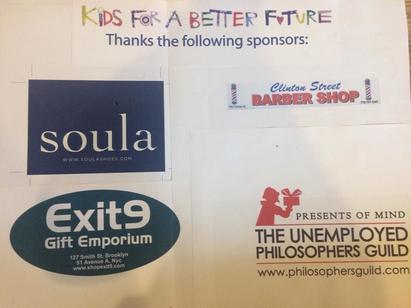 Our corporate sponsors for this year's Walkathon are: Exit 9, Soula Shoes, Clinton Street Barber Shop and the Unemployed Philosophers Guild.

KBF Kick-Off Meeting at the offices of AAFSC.

Fun and games for all the kids to get to know each other, as well as joint learning about the global refugee crisis. We learned that most kids served by AAFSC are Yemeni. 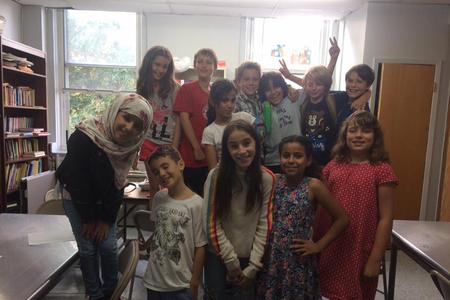