We kept discovering new things around every magnificent turn, like this hall of flags during a bathroom break: 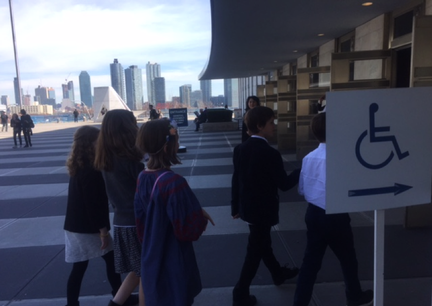 We weren’t able to meet her personally, although not for lack of trying! Our kids asked the security guards assertively but politely whether we could approach her after the talk, but no go. She was flanked by too much security.

After the talk, we ran into a friend! Next to Freya is Nilab Nusrat who was there with a group of girl leaders from Women for Afghan Women. This contingent gave Freya a lot of compliments on her question. 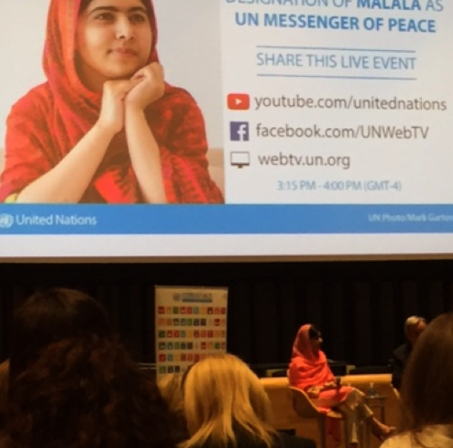 There was lots of excitement as Malala arrived: 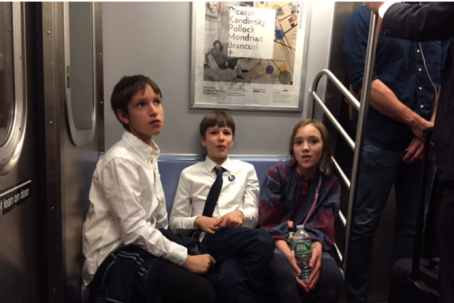 We were early, so we had time to explore a bit.

As the hall filled up, we were able to get someone to take some group shots: 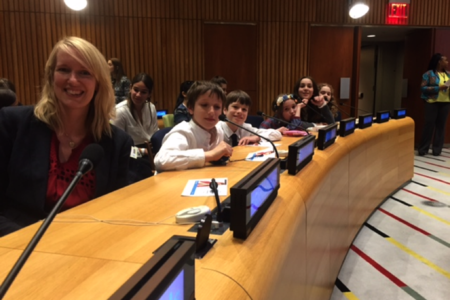 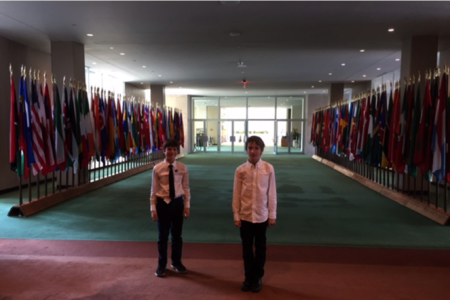 Our Visit to the United Nations with Malala!

At the end of this video KBF member Freya Grant asks a question to THE Malala!!! 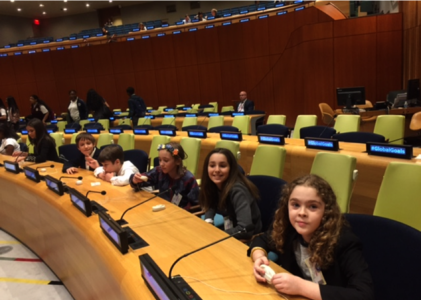 ON MONDAY APRIL 10TH, 2017, THE UNITED NATIONS INVITED KBF TO SEND A FEW MEMBERS TO AN EVENT THAT MALALA HERSELF WAS GOING TO BE AT. THESE ARE THE LUCKY PEOPLE WHO WENT:

We were the youngest group there. One of the highlights was during the Q & A period. All the prescreened and preselected questions—asked by high school students and one disgruntled twenty-something UN intern—were finished, and they opened up the floor for ONE MORE spontaneous question.  Freya was selected, and she asked whether Malala had seen improvement in girls education since she had become an activist for the cause.

We talked about how the UN is technically not U.S territory, so there was a sense of anticipation and excitement as we gathered outside, preparing to “leave the country”… 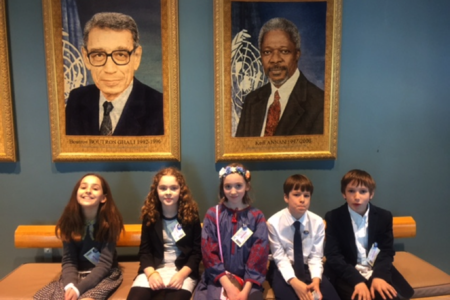 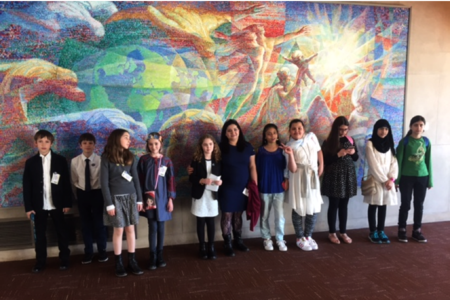 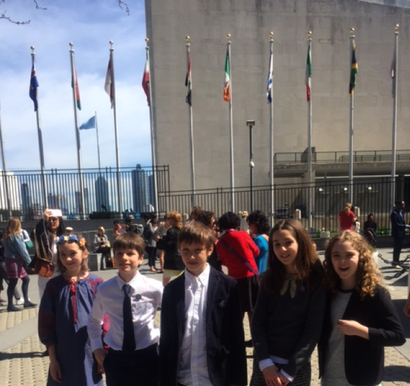 We were all a bit exhausted afterward, and thought of relaxing on the perfect UN grass outside. Jane had the wise idea to ask first, and we were told, kindly but firmly, no way.

After all the Manhattan-ites had been picked up, the Brooklyn contingent made our way home.

We were among the first to be seated, and got great seats:

..and go through security.  Here’s our delegation walking in.